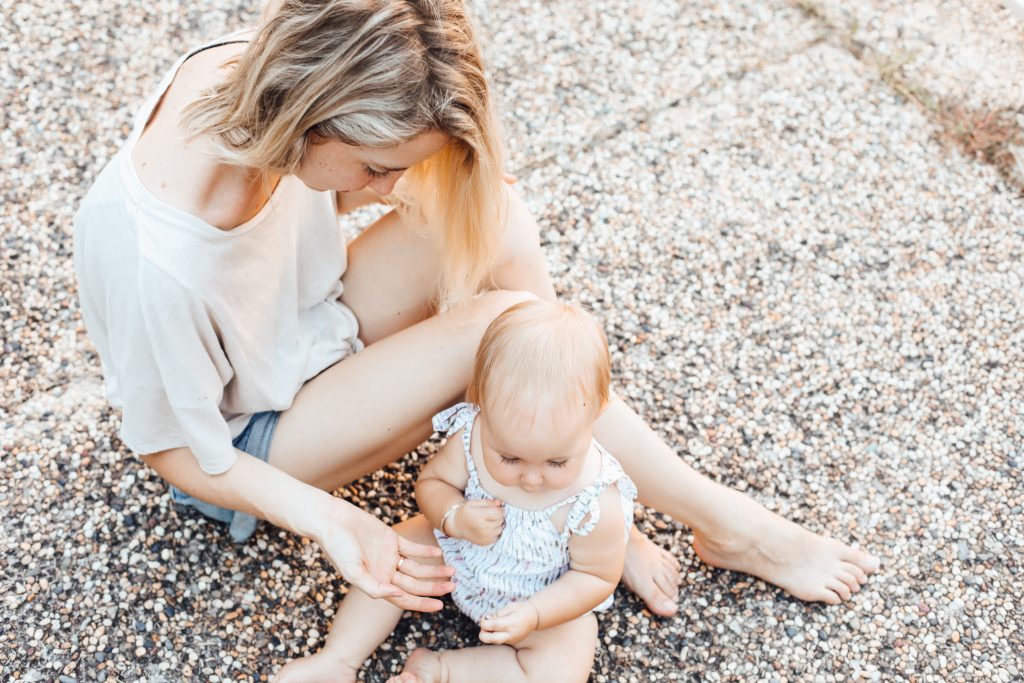 In this article, we breakdown three of the most common mistakes that even good parents make.

My wife and I were married for a little more than 3 years before the birth of our son. We were doing just fine on our own and loved our life together.

We ran and worked out frequently, hung out with our friends all the time and had time for our side hustles. It was nice to be able to stay late at the office to finish up a project without stressing about who was going to pick up RL.

You get the gist.

Life is certainly different now. It’s certainly more fulfilling, but anyone who tells you that the transition is not a big adjustment is a liar.

In fact, this 2015 study found that, “… for mothers and fathers in Germany, the drop in life satisfaction during the year following the first birth is even larger than that caused by unemployment, divorce or the death of a partner.”

Well, that’s a bit harrowing… I can’t say that it was my experience, but new parents don’t necessarily do themselves any favors, either.

Put Kid’s Wants Above Our Own

There you are, standing in front of the fridge eating deli meat out of the box to make sure you swallow some protein today before chasing your kid to their next adventure. Never mind your kid ate turkey meatballs, sweet potatoes, quinoa, fresh fruit and an artisanal cheese plate.

Or the mom who just “didn’t have time to comb their hair, put on makeup and a respectable outfit.”

What kind of example are we setting for our kids?

“It takes a great deal of selflessness to be parent. But maybe it takes a tiny dose of selfishness to be a good one,” writes Genevieve Shaw Brown, author of The Happiest Mommy You Know: Why Putting Your Kids First Is the LAST Thing You Should Do.

The kid-centric thing puts me in mind of a simple set of parenting priorities that I read somewhere (can’t remember where):

I feel like the unspoken societal pressure bumps 4 up to 3 or even 2… and that’s not healthy for anyone.

I think it’s really good for children to see their parents engaging in non-work, non-kid-related activities. Otherwise, they only see their peers and kid-interests and never see what adult hobbies look like or that adult life is more than just work.

Our parents played outside until the street lights came on. Their parents didn’t even know where they were or what they were up to.

Now, we have soccer, music lessons, Spanish class, math tutoring, et al.. Instead, pick one or two, then do some things necessary for your sanity and family balance.

Make sure your kids are safe, fed and loved, but don’t sacrifice your entire life so that little Johnny can be involved in 12 after school activities.

Good parents love their kids. As a result, they don’t want to see their kids suffer or fail. This can become problematic. We rescue our kids because it makes us feel good, not because it helps them. Sadly, it can lead to our kids crumbling under pressure.

It can be as simple as a toddler not learning to crawl because you put all of their toys within arms reach.

Or, it could be worse. They get to college and they don’t know how to study so they have a panic attack during a tough mid-term. Or, maybe they get out in the “real world” and don’t know how to do basic things like pay bills or file taxes.

Parents, if you’re coddling your kids, you’re not doing them any favors.

Psychologist, Wendy Grolnick’s research shows that the kids whose parents helped a lot gave up when they faced a task they could not master; whereas, kids with “autonomy supportive” parents did not.

I guess I’m lucky my parents stopped helping me in 1st or 2nd grade.

“That’s the last homework you had that I knew how to do anyway,” my Dad always jokes.

I don’t recall where I saw the following equation, but it certainly feels true to me:

People are so scared of failure that they immobilize themselves, but learning to fail is one of the biggest factors for success in life.

Jessica Lahey, author of best-selling book, The Gift of Failure says that modern parents are more worried about raising happy children than competent or autonomous ones.

“Do I want [my kids] to be happy now and not-scared and not-anxious, or, a year from now, do I hope that they pushed through being a-little-anxious and a little scared and became a little more competent?” she told Quartz.

Don’t let your kids give up when something is hard; that’s when the learning happens.

Show them. Teach them. Explain it. But don’t do it for them.

Coping with stress is a lot like exercise. We become stronger with practice.

Psychologists Victor and Mildred Goertzel’s study into the childhoods of more than 400 famous twentieth century men and women found that a full 75% (or 300 individuals) grew up in a family that featured problems such as abuse, absent parents, alcoholism, poverty, etc.

It seems these individuals, who endured tough times as children, drew strength from their hardship and overcoming adversity was one of the keys to their later success.

Look, we’re not telling you to purposely subject your offspring to shitty things. But, letting them encounter and overcome their own problems is a good thing that builds resilience.

The trick is to thread the needle. Expose your kids to intermittent (and manageable) stressors. To be clear: If you hit your kid, I’m going to come hit you, but scraped knees, zeros on forgotten homework, and fall outs with friends are part of life.

Nietzsche was right when he said, “That which does not kill us, makes us stronger.”

Ah, the trophy generation — a whole generation of kids that got participation trophies just for playing.

Fear not friends, I tried to quit T-ball when my Dad told me they were voting on whether or not to keep score. I also tossed all my participation trophies in favor of the ones I actually earned. For me, this is a hill worth dying on.

Not to mention that people who become high on their own self esteem become what we often refer to as narcissists. Is it any wonder that the trophy generation and the convergence of social media has led to a world where we feel compelled to post our every thought on social media?

Jean Twenge’s book, “The Narcissism Epidemic: Living in the Age of Entitlement,” claims that narcissism among Americans is rising at the same rate as obesity.

What if, instead of unrealistically inflating our kids’ self esteem, we helped build an authentic and grounded sense of self?

What if we stopped praising effort without progress (i.e. “process oriented praise”)?

You see this all the time… “Oh, honey, it’s okay that you failed that physics exam. Not everyone can be good at physics. You’re good at other things like watching Netflix.”

You’re basically telling your kid, “I know you can’t do better so this nonsense praise is your consolation prize.”

We already learned that setbacks equal success so instead of protecting their confidence, ask the following questions:

You may love your kid the most (that makes sense), but your kid is probably not the best at anything.

If you help your kid get a little better every day, you won’t have to artificially inflate their self esteem. They will naturally gain confidence.

If this topic interests you, check out Roy Baumeister’s work. Start with  “The Lowdown on High Self Esteem” and “The Man Who Destroyed America’s Ego.”

Three of the most common mistakes that even good parents make are:

What other mistakes do good parents make? Let us know in the comments.

[Photo by Katie Emslie on Unsplash]