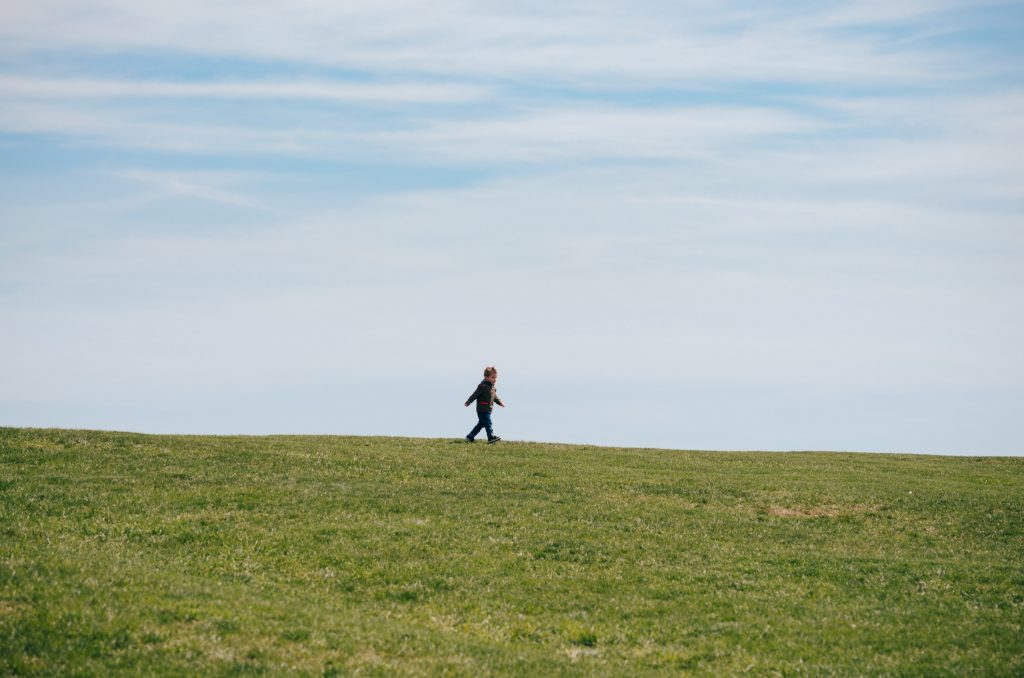 How do you help transform your son into a good man?

There is a lot of research, and opinions, out there about raising children.

As a parent, Google is both my best friend and worst enemy. I can confirm I’m doing everything right and on the next link, discover I’ve done nothing right at all.

Then there are the conversations, both solicited and unsolicited. Mommy blogs, grandparents’ advice, secrets from your neighbor, suggestions from teachers.

As a person who is particularly hard on myself by nature, there’s nothing worse than feeling like I’ve got this parenting thing all wrong.

When I found out my firstborn was going to be a boy, I was relieved.

I’m not a girly girl. I can’t dance, never really learned how to do my make-up, had an older brother and grew up playing sports. I was mostly a tomboy climbing trees, swimming in creeks, getting muddy and catching fireflies and turtles. Raising a little girl seemed like something I just could not do.

But a baby boy! I could totally do this.

Now, though, I’m afraid. This world has been harsh on our boys recently.

Boys Will be Boys

I realized maybe I wasn’t as prepared as I could be so I decided a little reading couldn’t hurt. I picked up Dr. Meg Meeker’s, “Boys Should be Boys: 7 Secrets to Raising Healthy Sons.” It’s an older book—one that was released in 2009—before a lot of the editorial or other opinion pieces out there recently.

I picked it up because I didn’t want to raise just any boy, I want to raise a little boy that would grow into a good man. Thankfully, and for what it’s worth, he is also blessed with great male role models, but I wanted to learn more nonetheless.

Three themes throughout the book struck me as particularly insightful: establishing structure, quality time and playing outdoors.  The subsequent sections of this post outline these themes and highlight quotes from the book.

All children will test the rules from time to time. It is how and when we discipline them that makes them a better person.

“Without balancing love and discipline, boys are lost.” (24)

Being overly critical, harsh and combative with your son will only make it more difficult for you to communicate with him and lessen his self-worth.

Balance is the key.

“Sons listen to people (parents) whom they respect, like, admire, or fear (in a healthy way). They reject words from adults who only criticize, deride, or push them.” (21)

No matter the age of your child, listen first. Positivity and encouragement should always outweigh any criticism.

Consistent rules that keep your son safe and honest let him know the difference in right and wrong. Once they understand this, they understand how to function within the family unit, which is their main reference of how to act in the outside world.

Coddling and spoiling do a boy even less good than harsh punishments. It teaches your son nothing about resiliency and the consequences of his actions. Rules, when enforced firmly, fairly and consistently give your son structure.

And structure is important to the healthy development of boys. It provides a safe environment within your household.

When your son has a place of mutual trust and respect, he will grow into a more confident adult.

“They miss the boy, the whole boy, the entire sum of his life and being. Too often we deal with pieces of the boy. If he has attention problems, we get him a prescription. If he has learning issues, we hire a tutor to correct them. Athletically unskilled? Find him a trainer. We attend so meticulously to the individual parts of the boys that we miss who they really are.  We must be willing to see that what our boys need isn’t simply more education, more prescriptions, more money, or more activities. What they need is us. You and me.” (9-10)

There is absolutely no substitute for spending time with your son.

We always want our kid to be the best. We give him a tutor for better grades, music lessons to be well-rounded, extra coaching to throw the ball harder… the list goes on. Putting your child in more activities is only more time he is NOT with you. That is counterproductive and should be done with caution.

You are not a chauffeur meant to shuttle your son from one activity to the next. You are his parent, with whom he is meant to spend quality time.

When you are in the middle of parenting day to day it can be difficult to remember you are raising a whole person. Presumably a person you want to raise to become a productive, kind, happy member of society.

Remind yourself that time with you is the best way to raise him. Like the quote above alludes, parents who do not do this risk losing sight of the bigger picture.

Most boys love to be outside.

“…boys like nature because it offers them a physical and imaginative testing ground.” (34)

Imaginations run wild with treehouses and games of “war”. Whether it’s hunting and fishing or the freedom of wide-open space, there are many reasons boys love the outdoors.

They can test their power against others in competition, pretend to triumph over evil in imaginative games, and come to understand their bodies through physical activity.

“There’s nothing like watching uninterrupted play among a pack of boys to highlight the dramatic differences between the sexes. Show me six girls who traipse into the woods Saturday after Saturday to fight battles and build tree forts with dead fish nailed to the front. You won’t. But boys do this and should be allowed to. It’s what their dreams are made of.” (40)

What they cannot do, is change the landscape or undo a mistake by pressing the “delete” button. Outside is a real, three-dimensional place where boys learn to be the very essence of a boy. Man, protector, guardian. They fail in a very real way that cannot be undone by a “restart” of a video game.

Let biology run its course. Get your son outside, let him get dirty, let him run and jump and compete with the neighborhood boys. It will teach him important lessons in life.

We are not talking about enrolling your son in sports that happen to be outside. While important, organized activities, such as sports, do not give boys the same opportunities as unrestricted outdoor play.

Your son will develop confidence, social skills, understand the strengths and weaknesses of himself and his peers. Boys hone their decision-making abilities when they are left on their own to play outside with nothing but a stick and wide-open spaces.

These three themes stuck out to me as the most important and applicable reminders from Meeker’s book, but it covers so many aspects of raising a son that I would recommend it as an important read for any parent of a boy.

This is true even more so now than when the book was published in 2009.  In our society right now masculinity as a whole is often attacked as the enemy, but if we, as parents, nurtured it in the right ways, our boys would turn out how every parent wishes them to be: kind, genuine, healthy, happy individuals marked by personalities of strength, self-control, resilience and love.

If you liked this article, you might also enjoy:

[Photo by Kelly Sikkema on Unsplash]