Most people suck at salary negotiation.

In fact, the vast majority of you have sweaty palms and an increased heart rate just thinking about having a five-minute discussion about your future salary.

What if I told you that a few hours of preparation and an uncomfortable five-minute conversation could dramatically increase your future earnings?

It’s fine to be grateful that you got an offer but, as you’ll see from the excerpts below, most of you are leaving a lot of money on the table.

I wrote about salary negotiation more than 10 years ago, but I’ve learned a lot since then.

Ramit’s Sethi’s archives are full of great information about salary negotiation, but I recently came across an amazingly comprehensive post from Patrick McKenzie.

His advice is still as relevant as the day it was written.

If you are currently or will soon be in a position to negotiate your salary, I highly encourage the full piece.

That said, the estimated reading time on Patrick’s piece is more than 35 minutes. For those of you who may just be interested in picking up some key tenets, I’ve excerpted some of the takeaways I found to be most compelling.

Below are mostly Patrick’s original words. Any additional commentary I offered is captured in brackets.

As always, the intent with Dialed In Men is to point you to the right resources and make the information as accessible as possible. 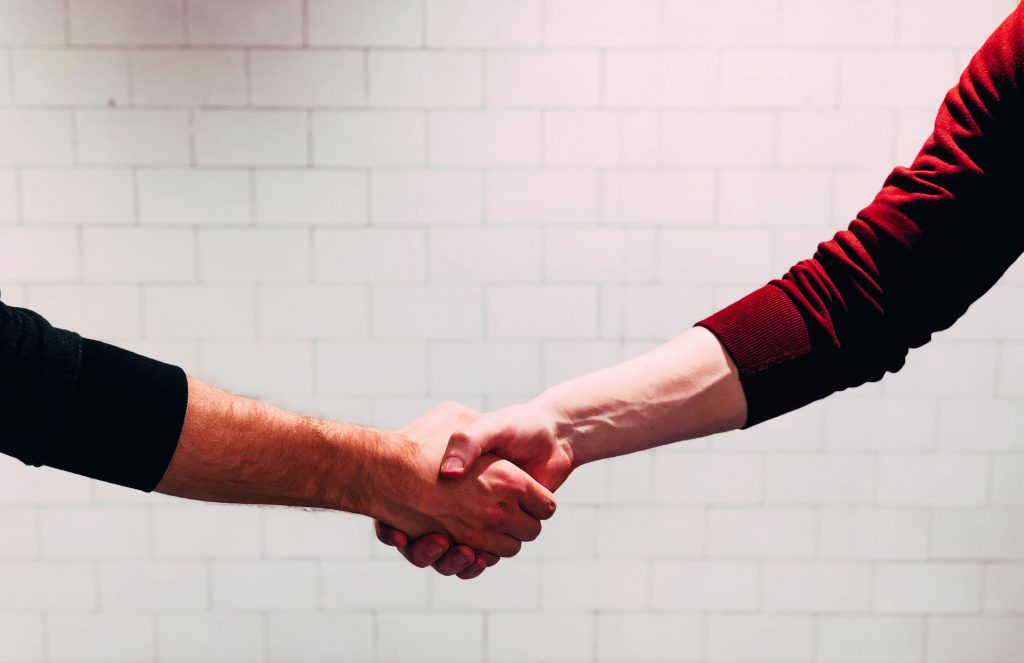 Your salary negotiation has an outsized influence on what your compensation is. Compensation can include money or things which are more – or -less fungible replacements for money.

A $5,000 increase compounds over time and causes a similar increase in your 401K contribution (which also compounds), and establishes a higher peg for any jobs you take in the future. Over the next ten years, the value of a $5,000 a year extra salary is close to $100K gross.

Shifting Your Mindset to Embrace Negotiation

I think that middle-class Americans are socialized from a very young age to view negotiation as something that is vague and disreputable.

[For many of you a dishonest, sleazy used car salesmen might come to mind. This is simply not the case and that mindset needs to be set aside.]

Your salary negotiations are probably going to be the most important financial decisions you will ever make.

People say that your house is the biggest purchase you’ll ever make, but it won’t be the most consequential negotiation.

We socialize middle-class Americans to go into them unprepared, demotivated, and fearful of success.

Rich, successful people negotiate. [When done correctly it can change your life.]

Your Counterparty Does Not Share Your Mental Model of Negotiation

Salary negotiations are very asymmetrical. Companies know this and routinely exploit it.

First, get into the habit of seeing employees as employers see them: in terms of fully-loaded costs. (Lots of things go into compensation.)

The fully-loaded costs of employees are much higher than their salary. A reasonable guesstimate is between 150% and 200% of their salary.

This is a roundabout way of telling you that companies are not sensitive to small differences in employee wages because employees are too darned expensive anyhow. The HR department sees $5,000 and thinks “Meh, even after we kick in the extra taxes, that is only about 3% of their fully-loaded cost for this year anyhow.”

Virtually any amount of money available to you personally is mouse droppings to your prospective employer. They will not feel offended if you ask for it.

It’s Bob’s job to get you signed with the company as cheaply as possible, but Bob is not super motivated to do so, because Bob is not spending Bob’s money to hire you.

[Sometimes hiring managers want big-time, expensive employees so they can ask for more money and a bigger budget the following year.]

Bob is far, far less invested in this negotiation than you are.

Your Negotiation Started Before You Applied to This Job

You will have much, much better results if your job search looks something more like:

When Does A Salary Negotiation Happen?

Only negotiate salary after you have an agreement in principle from someone with hiring authority that, if a mutually acceptable compensation can be agreed upon, you will be hired.

The company is going to spend a lot of time and effort in getting you to the point of agreement-in-principle.

The company has spent thousands of dollars just talking to you, and that doesn’t even count the thousands they spent deciding to talk to you instead of whoever isn’t in the room right now.  Walking away from the negotiation means that they lose all that investment.

They really want to reach an agreement with you.

The absolute worst outcome of negotiating an offer in good faith is that you will get exactly the contents of the original offer. Negotiation never makes (worthwhile) offers worse.

You always, as a matter of policy, negotiate all offers.

You do not start negotiating until you already have a Yes – If.

Any discussion of compensation prior to hearing Yes -If is premature.

The ideal resolution to the job interview is, “I look forward to receiving your offer by, oh would tomorrow be enough time for you to run the numbers?”

Doing your salary negotiation over email, which is likely to your advantage versus doing it in real-time. Email gives you arbitrary time to prepare responses.

[It benefits you to have the time to prepare your responses vs. trying to do it in real-time against an experienced negotiator.]

The First Rule Is What Everyone Tells You It Is: Never Give a Number First

Let me repeat that: Never Give a Number

The company already deals with every employee that they’ve ever had who was not a doormat at negotiations, which includes essentially all of the employees they really value.

[Relationships are similar by the way.]

Objection: “I really need a number to move the process forward,” or “This form needs a number.”

What you should think: “You’re lying to me to attempt to get me to compromise my negotiating position.”

When you’re submitting a form online, just put $1 to get the ball rolling. [I’ve always done, by the way.]

What you should say: “It’s so important to me that this is a good mutual fit for us.”

When they keep pressing on salary…

What you should say: “Well, you know, salary is only one component of the total compensation package.”

Listen to What People Tell You. Repeat it Back to Them.

People love their own words.

Focus on specific words they use and the concerns they have.

Follow-up with an email recapping the important points and asking if you understood them correctly.

Do not use: “I need this job because…”

You never need a job.

Instead, try: “I’m enthusiastic about the opportunity with working with you, assuming we can come to mutually satisfactory terms.”

Micro-tip: Stop saying “I,” in interviews. Instead, use “We” or “You.” People care a heck of a lot more about their problems than your problems.

Key things you want to learn:

The more you know, the more options you have when doing negotiation, because you’ll have more things and more motivation things which you can offer in exchange for things you want.

Increasing your perceived value to the company will justify the company moving a lever which (again) the company isn’t really sensitive to at the end.

You Have a Multi-Dimensional Preference Set. Use It.

You can diffuse common negotiating tactics with something like, “I have to go to (external authority) to get the approval for that.” Significant others work well here, but you can just say, “We’ll have to talk that over,” or “That sounds reasonable, but I’ll have to run it by the family.”

Don’t overly focus on your salary number. It is important (of course), but there are many parts of your compensation package.

These are all good areas to probe at.

Micro-Tip: “Interesting” is a wonderful word: it is a positive and non-committal at the same time.

And once you’ve used these new-found skills to start earning more, consider checking out 5 Tips for Getting Your Personal Finances Dialed In.

Photo by Chris Liverani on Unsplash