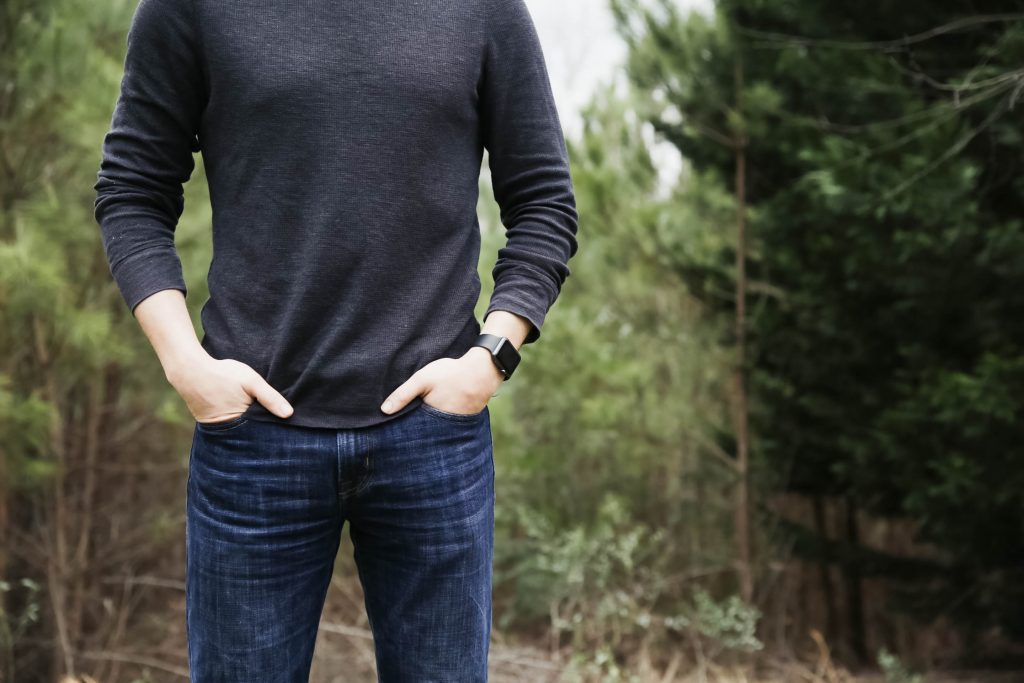 What makes a man attractive?

The million-dollar question with an answer that’s different for nearly everyone. I’ve broken down the three things that originally drew me to Ryan because there is an important point in each one that I believe every guy should be aware of when thinking about what makes him attractive.

It’s no secret that one of the first things that attracts one person to another is their physical appearance. For men, this is almost exclusively women’s looks, but for us ladies, this is usually a more overall ‘package’ of attributes.

Whatever physical trait a woman notices first about a man is often personal preference. However, there is one thing completely in your control that relates to your physical attractiveness: taking care of your appearance. Some guys have great eyes or a great smile or they are tall or were blessed with great hair, but EVERY guy can take care of himself.

One of the first times my husband and I ever hung out, we went for a run together. Not a fancy restaurant, not some trendy social spot. He didn’t show me his pocketbook, he showed me he liked physical, healthy activity.

I think he’s more attractive when he has his hair freshly cut and his beard trimmed to the right length. He doesn’t get an overly expensive haircut and he does his beard himself, but he puts the effort in. He isn’t tall, he’ll tell you he hates his hairline and his ears are too big, but he’ll be damned if he doesn’t take care of the way he looks. Major attractive points.

It doesn’t hurt that he’s been listening to Manny from Well Built Style and Tanner from Appearance of Power to keep leveling up his style, either.

When you take care of yourself and look your best, you’re more confident. Which brings us to our next quality.

It is easy to spot a guy who exudes confidence, but subtle confidence is just as attractive. Everyone displays it differently and sometimes it takes longer to come out for certain people. No matter what, though, confidence is sexy. Have it. Flaunt it. Live it. And there is one very easy way to do that.

My husband’s confidence meter is off the chart. (I often have to knock him down a few.) But his tell-tale confidence marker right off the bat is his walk. Sounds stupid, has nothing to do with his career, his looks or anything else, but he owns it. Good posture looks confident. When you do this (rather than walk slumped over or sit in a more constricted manner), you’re perceived as more dominant and open, which is an attractive first impression.

As the acclaimed clinical psychologist, Dr. Peterson says, “stand up straight with your shoulders back”. In fact, it’s #1 in his book, 12 Rules for Life.

Everyone likes to feel safe. Nearly all women will readily admit to wanting security and protection. This is not something that you are going to be able to simply tell a girl. It’s something you must prove to her, over time. It can certainly begin in the physical appearance realm discussed previously and progress from there.

For a lot of women, even though they don’t realize it, this is biology.  In fact, women are more attracted to stronger men during their fertility window. Translation: she would rather procreate with a strong male who will protect her and her offspring.

Protection used to mean your partner could protect you from wildlife or invaders from another tribe. That definition is a bit broader now.

Really? Is anyone surprised by this?

But it brings up an interesting aspect of evolution that, at this point in time, it’s not just strength that provides that feeling of protection for women. It could be the financial stability that comes with a high earner (i.e. there are multiple, if not more modern ways of taking care of yourself and your woman.)

This ‘protection quality’ was an interesting one for met to grasp.

My husband is kind of an asshole. (In fact, the first time he hit on me in a bar I poured my drink on him. True story.)  This tidbit of information can be misconstrued that he treats me badly, but anyone who knows him personally also knows he is the most loyal person you’ll ever meet.

It took me some time to realize that this “asshole” personality trait meant once I was in, I was in. He can be boisterous, aloof, and callous to others, but he treats those close to him very well and would do anything for them. After a couple of dates, (many months after the drink pouring incident), I came to know about his loyal and stable tight-knit family and his relentless ambition. Two points for you Mr. Stephens.

You don’t have to be blessed with Ryan Reynolds genes or sense of humor to be attractive. Sometimes it’s about yourself and what is truly in your control.
• Take care of your appearance
• Stand and walk with confidence
• Channel your inner protectiveness gene

[Ryan note: But, for what’s it’s worth, I AM more handsome than Ryan Reynolds and Ryan Gosling combined.]

[Photo by Corinne Kutz on Unsplash]